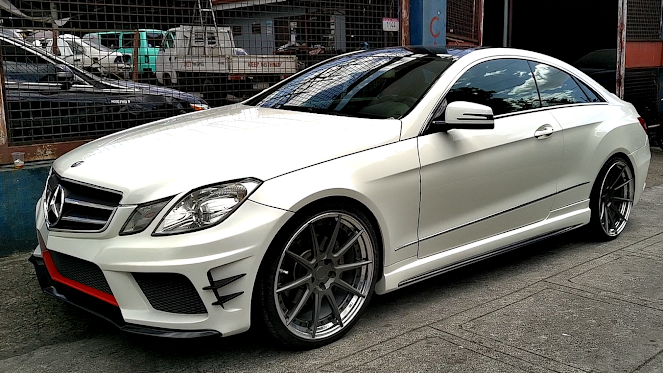 If looks are your thing to kill for, the eight year period between 2010 and 2017 could be Mercedes-Benz's bloodiest year, with the C207 as the culprit. Lauded as one of the most beautiful cars of 2010, the C207 takes the cake with its sleek and sporty proportions. However, when tuned up and modified with an appropriate budget, the C207 becomes murder.       Exuding flair as style meets sophistication, the C207 was a special kind of E-Class, not due to its design or its equipment, but due to it being built on a C-Class platform, Mercedes's smaller saloon. Manufactured in the same factory as the C-Class in Bremen, the C207 blasted its high-performance rivals during its eight year period with its 3.5L V6 engine.       Generating a mighty 300 brake horsepower, coupled with 370 Nm of torque, the C207 had a top speed of 250 km/h, while having a 0 to 100 acceleration between 6.4 and 6.5 seconds. While it had a nuke for an engine with phenomenal oomph, inside, the interior was muc
1 comment
Read more

A Contemporary Jaguar XF Spotted in the Philippines 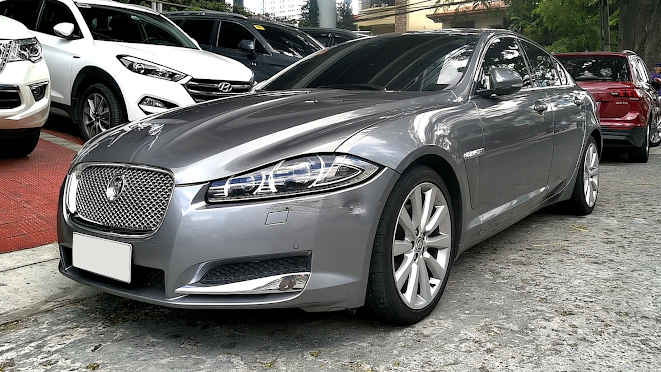 2008, the year of financial instability and the year Jaguar and Land Rover were sold to Indian automaker, Tata. Although said to be a controversial decision by many enthusiasts and fans, the XF was the first Jaguar to finally relinquish its rather old and cheesy retro design for a more modern and contemporary choice. Its discontinuation of dated look paved way for its more stylish appearance, now looking like it belongs in the right century, as some reviewers lauded.      The XF first started its development at Whitley Design and Development HQ in hopes of replacing the archaic S-Type. Initially, the XF had been planned to utilize an original all aluminum platform, however due to time constraints, the XF made use of a heavily modified Ford platform, much like the X-Type and its Mondeo chassis. The XF was then launched and production began in September of 2007, in Birmingham, England.      One of biggest changes in terms of design over the S-Type was the new and improved grille, a l
Post a Comment
Read more 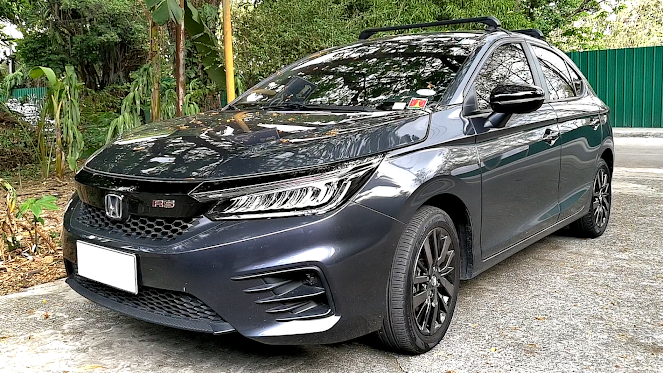 Since 1996, the Honda City was a 4-door subcompact sedan known for its affordability. It was seated a rank below the Civic and was sold in a number of developing nations, from Thailand, to South Africa, and all the way to Brazil. Often overlooked, the City was always seen as its older brother's cheap counterpart, or the poor man's Civic. However, with the release of the new City, some say it may have found its rightful place.      But before 1996, the City started out as a cheap economy hatchback sold around Europe and Australia. However, almost 40 years after the dissolution of the hatch variant, the city car returns as the replacement for the Jazz, carrying a longer body, a lower roofline, and a more German sense of fashion.      The City's rear takes inspiration from the Mercedes-Benz A-Class, but takes its sloping roofline from the Audi A1. From the sides, it takes appearance of a mini-CR-v with a resemblance to the proportions of a Suzuki SX4, albeit less SUV and
Post a Comment
Read more

The Mitsubishi Delica Space Gear with a Large Following, Spotted in the Philippines 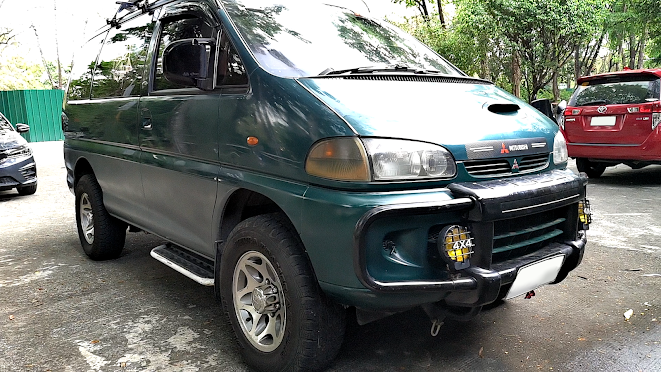 With most people, looking for an offroad vehicle may lead them to the various selections of SUVs, pickups, and trucks. However, these popular Ford Rangers and Suzuki Jimnys aren't the only offroaders capable of leading you through an unpaved, bumpy trail. Vans rarely come into the picture of a hot mud day or a four hour long trail through the desert, but they have been known to excel well at that hardy job. One particular van, with a strong cult following trailing behind, is the Mitsubishi Delica Space Gear, also known as the L400.      The Delica Space Gear was the fourth generation in the Delica lineup. Built from 1994 to 2007, the resilient Space Gear varied greatly from its predecessor due to its inclusion of its more aerodynamic bodywork. Its NASA rocket-like body gives it a spacious and roomy interior, one reason it became immensly popular in the country for big families.      Its new body also gave way to a quieter and more comfortable ride. Due to the relocation of the
Post a Comment
Read more

A Large Ford Econoline Centaurus RV Spotted in the Philippines 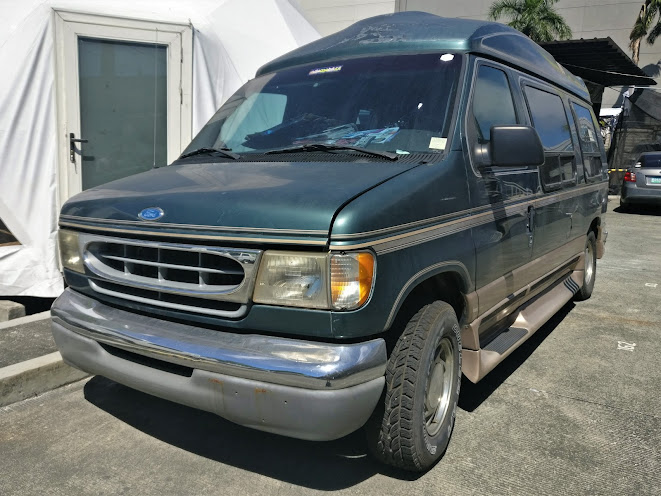 Sticking to the theme of large American vehicles, kept in another class far from the full-size luxury sedans were the full-size vans, an equally as large market serving the demand for utilitarian transport and families on holidays. Despite small vans, such as Toyota LiteAce and the Nissan Vanette, being all the rage here in the Philippines, larger vans from the American continent imported and sold here as well. One of the most popular models of these larger vans that can still be seen occasionally around here nowadays was the Ford Econoline.      It may come as a surprise to those unfamiliar with our streets that such a huge van was desired once before in such a small country. But during Ford's return to the Philippine market, the Econoline was a coveted choice for many wealthy families then, due to its spacious interior and imposing presence.      This one however, was no ordinary Econoline. The Centaurus LTD was an RV conversion model outfitted with an increased number of lu
Post a Comment
Read more

A Subtle, Elegant Cadillac DeVille Concours Spotted in the Philippines 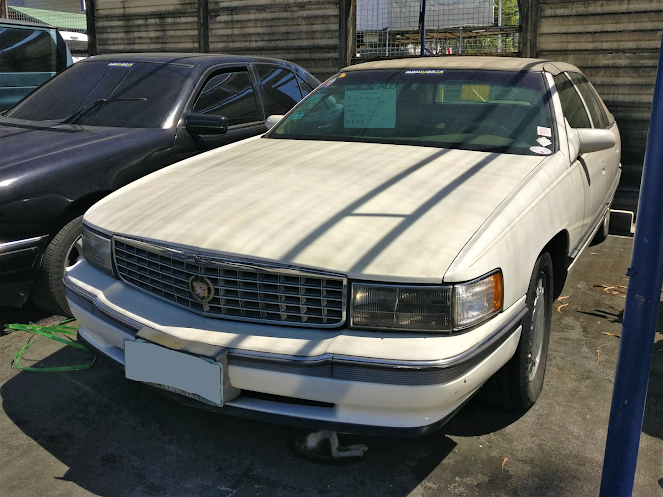 While big, American land yachts haven't been seen regularly on our Philippine streets since the 1970's, it can be said that these large, luxurious vehicles are immediately recognizable as a land yacht the moment they are seen, from their huge, letter-based platform, to their either, tan or maroon vinyl roof. And one of these last land yachts of the century, hailing from Detroit, was the seventh gen Cadillac DeVille.      The featured Cadillac DeVille was its seventh iteration in the DeVille billing, with its first model released way back in 1959. This DeVille was produced from 1994 to 1999. It weighed over two tons and measured over a staggering 209 inches. Its exterior may have been dusty, but it was not short of chrome trimmings, surrounding it all the way to the back.      Inside, the driver cockpit was in a pretty dilapidated state, with parts and bits that have fallen off. However, its touch of exclusivity was not lost, with a wood trim scaling from its front doors to
Post a Comment
Read more

A Silver Ritzy Jaguar X-Type Spotted in the Philippines Jaguar, the crown jewel automaker of the British Empire. First founded in 1922, Jaguar, formerly known as the Swallow Sidecar Company, developed motorcycle sidecars and bodies of automobiles before branching out to developing fully engineered vehicles. Nowadays, Jaguar is one of the most iconic and valuable automakers in Britain, even supplying vehicles for the royal family of the United Kingdom. However, even though it was an almost century-old carmaker at the time, the Jaguar X-Type was their first foray into the compact executive market.      The X-Type, nicknamed the Baby Jag, was released during Jaguar's tenure under Ford in 2001. Over its eight year production, numbers amassing up to 350,000 were sold to the general public, making it their most sold Jaguar at the time. However, it was also quite problematic at the time, due to its use of the chassis platform of the Ford Mondeo, which many did not take lightly. Unfortunately, despite being produced and sold substantially,
Post a Comment
Read more
More posts